5. Touch and Go for the Wabbit 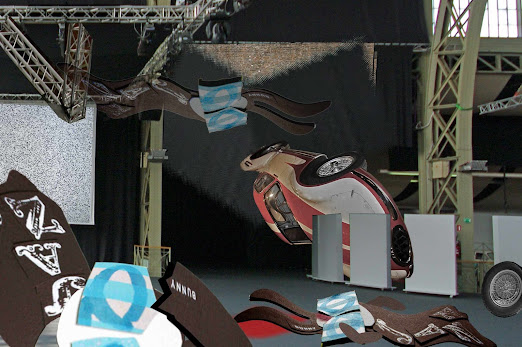 The Wabbit stared down. He could see his body in the wreckage and he could hear voices. "Clear!" The Wabbit wasn't feeling clear at all. The voices were shouting. "What's your name?" Suddenly the Wabbit saw himself signing autographs at Wabbit-Con. But the more he signed his name, the less he could remember it. "Clear!" There it was again. The Wabbit watched as he signed Clear on a programme. "We're losing him. Again!" The Wabbit felt a shudder and the voices got louder. "Do you know where you are?" The Wabbit saw his younger self hopping along a stony beach. "Loch Lomond," he murmured. He heard a flat electronic whine that just wouldn't stop. "He's gone," said a voice. The Wabbit watched himself hop into the loch. "Epinephrine. Stat!" The Wabbit sank beneath the water. The loch felt cold and tangles of weed stretched out to grasp his paws. "Again. Clear!" The Wabbit looked up through water that shimmered with a clear green light. Now he made out a quiet voice. "It's over." "No," said another. Something whacked his body with the force of a water cannon and he reached for the surface and kicked. The Wabbit gasped and spluttered as faces swam between him and the light. "Welcome back, Commander." The Wabbit blinked. Everyone was looking down at him. "What's up?" said the Wabbit. "Is it my turn to buy drinks?"
at August 17, 2015