4. The Wabbit & the half-finished Jeep 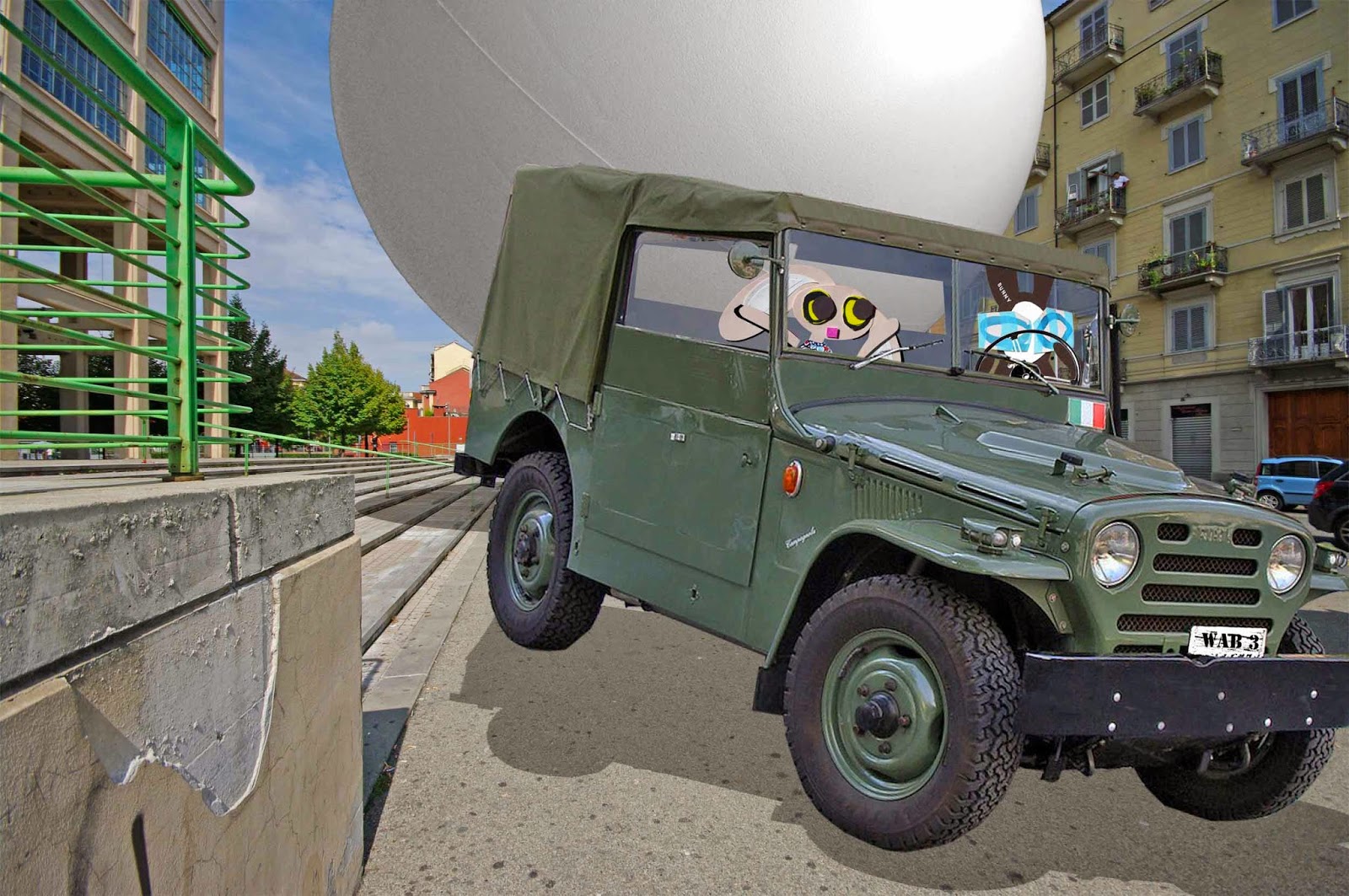 The Wabbit and Lapinette raced from the Gallery and jumped into a jeep that the Wabbit had half-finished renovating. The gears crashed and the transmission whined but it flew across the concourse and down the steps with the giant ball in close pursuit. An angry roar bounced from the buildings and set Lapinette's teeth on edge. "It's getting bigger!" The Wabbit ignored the clutch, revved the throttle twice and shifted up. Lapinette glanced behind as the jeep scampered onto Via Nizza at a speed that was much too fast for its brakes. "It's not him," said the Wabbit veering left. Lapinette gripped anything she could find. "Who's not who?" The Wabbit gritted his 28 teeth as what passed for suspension bounced and catapulted his ears against the canvas roof. "That isn't Rover. He's just pretending." Lapinette knew that the Wabbit could see things that no-one else could - and although that could be annoying, he was usually right. "Do we have a plan?" "Oh the usual," said the Wabbit. Lapinette shrugged. More often than not, the Wabbit missed vital details but thought everyone knew what he meant. So Lapinette chanced her own strategy. "The river?" The Wabbit might have nodded but with all the vibration it was hard to tell. "I'll do what I do best." Lapinette smiled a malicious smile. "Make life complicated ..?"
at January 21, 2015