9. The Wabbit, Lapinette and Nothing 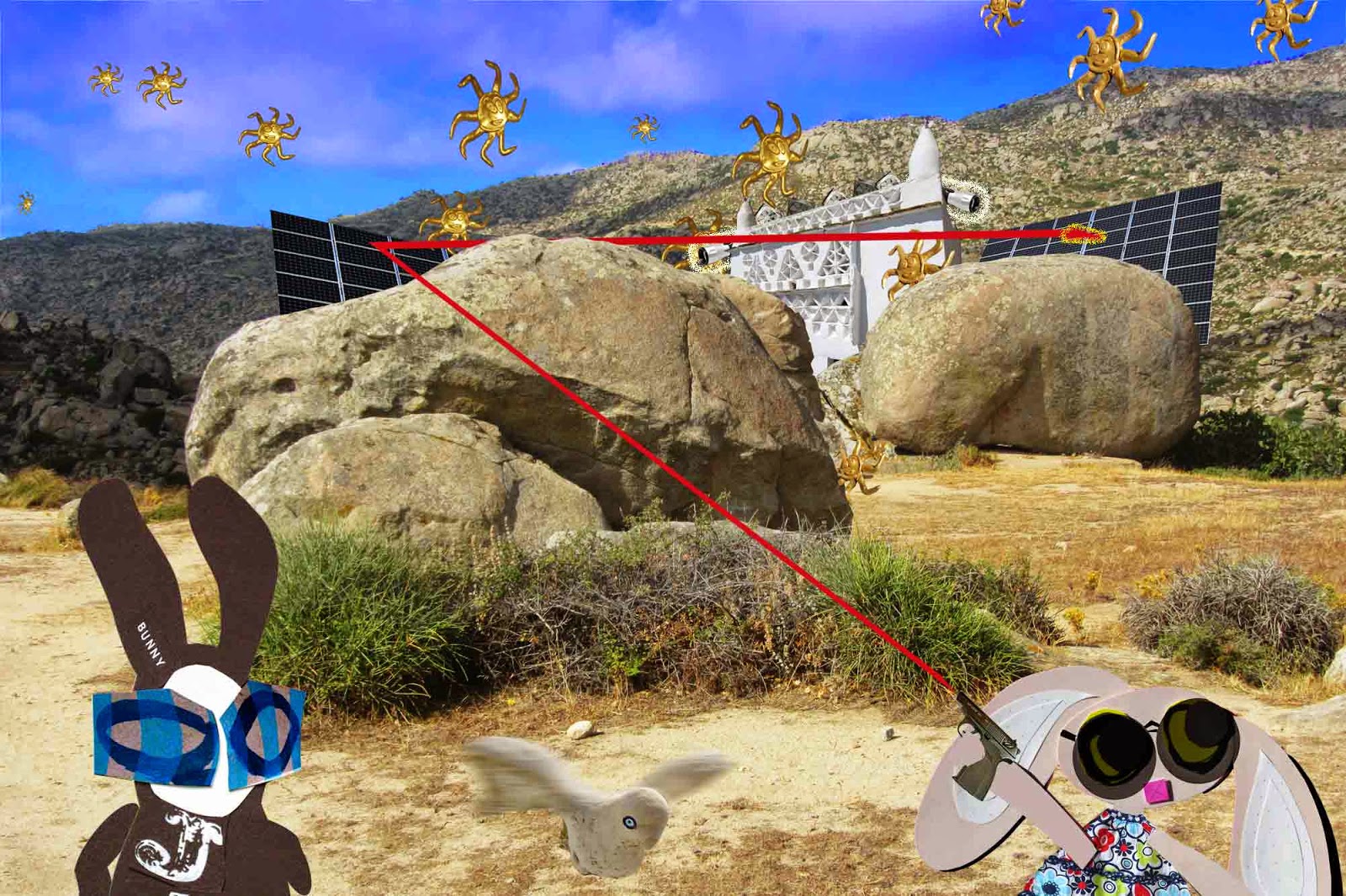 Suddenly they were there. Light creatures floated around the dovecote and went inside. But they kept coming. More and more creatures appeared until the sky was thick with gold. "If we're going to do it," said the Wabbit, "it had better be now." They turned and ran. Without taking aim, Lapinette fired casually over her shoulder and tracer rounds poured from her automatic in a single stream. "Yikes," yelled the Wabbit, "what happens next?" "You rabbits are good fun," trilled Parakalo. His wings beat so fast that whistling noises echoed around the rocks. "The light creatures will be caught in a crossfire," shouted Lapinette. "They'll disappear," "Didn't you say they were made of nothing?" panted the Wabbit. "Exactly." said Lapinette. "Nothing is exactly what we're doing." The Wabbit looked bamboozled, but quickened his pace. "Supposing something does happen?" Lapinette started to bound. "We could all be thrust into an alternate universe." "Filled with nothing," added Parakalo. "You catch on fast," observed the Wabbit, who hadn't the slightest clue. He started to bound too and with each bound he wished he hadn't missed his quantum mechanics class, having instead gone to the library to read Jean Paul Sartre. "What do you prefer?" he bellowed, "being or nothingness?" "I think I prefer to be Lapinette," shouted Lapinette.
at September 19, 2014