1. The Wabbit and the Hidden Wound 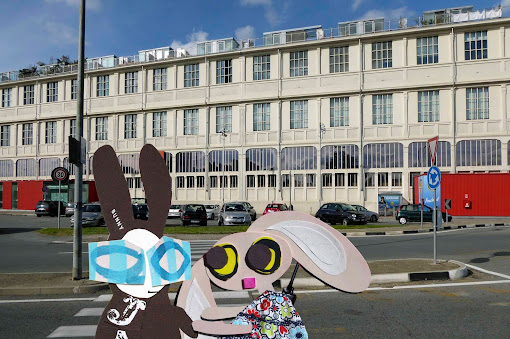 "Ow," said the Wabbit as his foot lurched on the sidewalk. Lapinette looked at him critically. "You're limping." "I think I did myself a mischief," groaned the Wabbit, Lapinette's eyes flashed. "When?" "It was that rumble I had with the Tracker," sighed the Wabbit. Lapinette waited for more information. "I was shot in the shoulder. Then when I came to, I heard Wabsworth calling for help on the radio." Lapinette nodded and the Wabbit continued. "I tried to reach him by propelling myself through the snow, but I lost control and hit a snowdrift." The Wabbit groaned as he recalled the impact. "Something in my side went crick." Lapinette gently prodded his side. "Yaaagh!" shrieked the Wabbit. "That does it!" shouted Lapinette, "I'm taking you to the hospital," "No need to bother," said the Wabbit. He clutched his fur and stumbled, then smiled sweetly. "It's only a pulled muscle." Lapinette pulled a radio from her frock. "I'm calling Wabsworth to bring the jeep." The Wabbit was dismayed. "I'll be pulled off duty," he scowled. Lapinette spoke urgently into her walkie talkie then turned to the Wabbit. "No-one is indispensable." A look that Lapinette recognised flashed across the Wabbit's face. She knew the Wabbit regarded himself as the most indispensable rabbit that ever hopped the earth. Lapinette prodded his side again. "Yikes!" yelled the Wabbit, grabbing onto Lapinette's fur before he collapsed. The radio crackled and a muffled voice spoke. "On my way," said Wabsworth.
at June 13, 2016