10. Tipsy and the Inconvenient Check 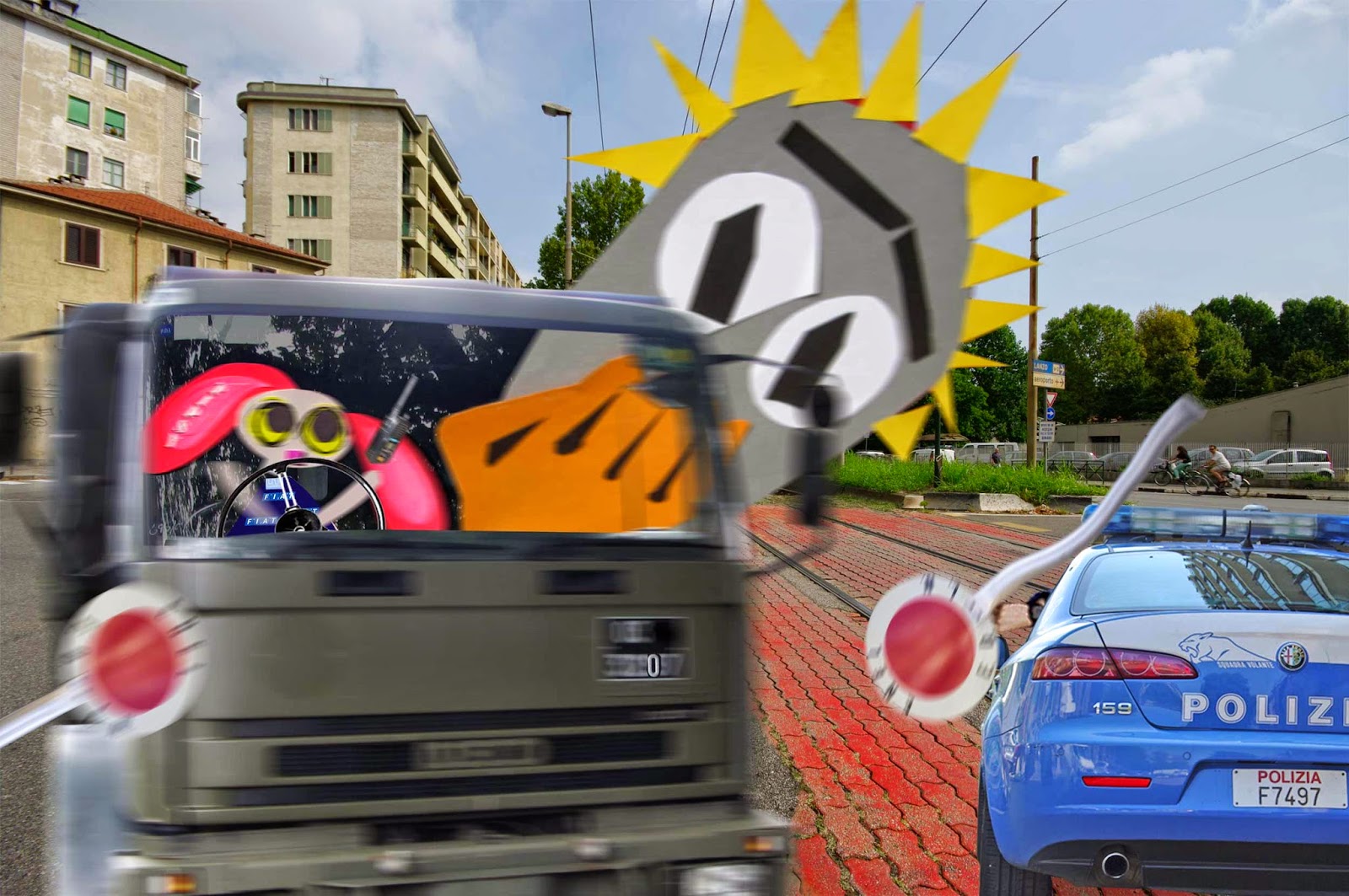 Tipsy came hurtling into Turin like she was finishing the Grand Prix with only one car to beat. "Better notify my next of kin," she sang as she wrenched the wheel and slithered onto Corso Svizzera. "Where are they?" asked Panico, leaning out. "The Wabbit asked Nine the Tram to take him here." shouted Tipsy, "so I'm starting here." "Anything could have happened to him!" yelled Panico. "Anything!" "Well it usually does," nodded Tipsy and she dived across the tram lines with scant regard for road signs or traffic signals. The radio crackled. Tipsy tried to hold it to her ear but it it flew from her grasp and sailed around the cab. She could hear Wabsworth asking her to come in please, so she raised her voice and screamed, "Copy!" Wabsworth's voice was calm. "The Wabbit is in the late tunnel. Proceed to Lingotto." "Wilco!" shouted Tipsy. Everything lurched as she doubled round to head for the Big Bridge. For several seconds her truck ran on two wheels and then stabilised at the cost of two decorative conifers. "Look out, police!" shouted Panico. Tipsy put her foot to the floor. Stop signs flew skywards as the truck swept past the squad car. Panico gasped. "They shouted that the Wabbit is in the late tunnel." "They just want to take me to dinner," said Tipsy.
at February 04, 2015