The Wabbit pays a visit to a Distant Relation 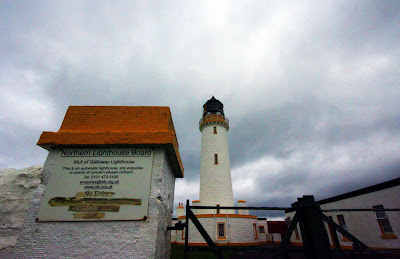 The Wabbit's vacation was nearly at end. But he had one more thing to do, having promised a distant relation that he would visit him. His name was Chief Wabbit of Galloway. The Wabbit had often pointed out to his relation that this was a title and not a proper name. The Chief Wabbit of Galloway had replied that by this time he had forgotten what his real name actually was. "And anyway", said the Chief Wabbit "What about you?" Realising the Chief had a point, the Wabbit no longer felt like mentioning it. Chief Wabbit lived in a splendid spot, so remote that not many knew it was there. The Wabbit felt that Chief Wabbit was a little reclusive for a wabbit. But he loved the lighthouse and frolicked around in the full knowledge that he would not be disturbed. It was certainly good to have distant relations, thought the Wabbit.
at October 20, 2010