The Wabbit on the Voyage Home 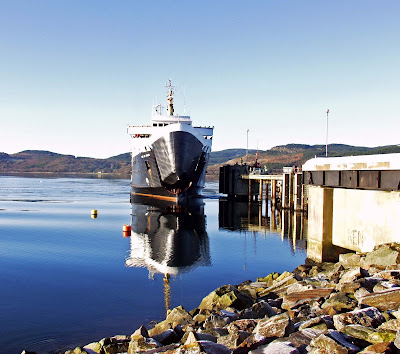 The Wabbit's vacation was nearly over. He looked out to sea as his ferry approached the dock. It would be an easy matter to hop onto the car deck and then he would make for the private lounge. No one ever saw the Wabbit. Which was just as well, because he could chew through a prodigious amount of stuff on a ferry. But he would be on his best behaviour, thought the Wabbit. There was much to do when he got home. In the ferry he would find a nice quiet corner and make a list. And no doubt there would be salad sandwiches to keep him going. The Wabbit wiggled his nose as the loudspeakers called for passengers to board. He hopped his way to the embarcation point and as he did so he hummed "I'm a pass-enger, I'm a pass-enger", chortling to himself through his teeth.
at October 21, 2010