4. The Wabbit and the Angry Printer 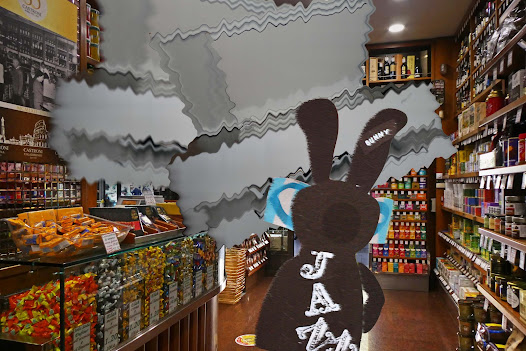 The Wabbit had seen angry customers before but nothing like the furious printer. He came storming into the shop like the antichrist. His cover waved wildly. Shelves shook and shop produce shivered in fright. He yelled and shouted and ranted and raved. "I am the Printer!" He let fly a series of swear words that would have astonished the Ancient Mariner. "I am the one who knocks!" he yelled. The Wabbit's ears curled, and he couldn't help but step back. So he used his best powers of diplomacy. "How can I help you?" he asked, "I can see you're a little annoyed." The Printer shook with rage. His lid slammed up and down. "Get my print cartridge!" The Wabbit smiled his most diplomatic smile. "He's otherwise engaged but if you give him a second, he'll be with you." The Printer looked at the Wabbit in disgust. "And you are?" The Wabbit smiled again. "I am your most obedient servant." He nodded. Then he nodded again for good measure and waited. "What's my cartridge doing?" asked the Printer. He seemed to have calmed. "Sampling pink drinks," explained the Wabbit. "Pink drinks again," said the Printer. He sighed. "I knew it. He's not content with simple cartridge ink." The Wabbit's ears returned to normal. "If you'd wait a second. He's a little indisposed." "Drunk you mean." "A bit unsteady," replied the Wabbit. "He's got a big job coming up," groaned the Printer. "War and Peace,", suggested the Wabbit. "War and Peach," responded the Printer. "Peachy," grinned the Wabbit. "Wait outside and I'll get him for you. I'm sure I can cake peach." "Make peace," you mean." said the Printer. "No," laughed the Wabbit.