The Wabbit Eats Out 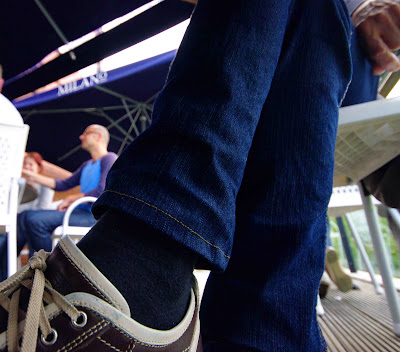 The Wabbit took his newspapers to one of his favourite haunts - the pizza palace by the canal. The wabbit was partial to many foods but cawwot pizza was a particular delight. He wasn't tall enough to reach the menus on the table so he had to rely on spotting one of the customers who liked the same as he did. Soon, delicious morsels would fall. The Wabbit turned to the media page in the newspaper and there he saw the grave news concerning rabbit supplies. His Italian fwiend, Il Micio Cattivo had warned him about this and Il Micio knew everything about the media. Supermarkets were running down supplies of rabbit produce. Soon they would cut them out altogether, to make way for special produce for people with special tastes. The Wabbit shuddered. In the city, the supermarket was one of the few remaining places to get wabbit supplies.
at July 18, 2010